Day 9- Simena,Kekova,Gokkaya Bay ( B/ L/ D )
Cruise to the Sunken City of Kekova (Lycian-Roman archaeological site is now protected, so only looking!). On the Lycian coast the remains of Pagan, Roman, Hellenistic, Byzantine and Ottoman civilizations and cultures can be seen not just on land, but also under the sea.
Lunch. Simena, a traditional Turkish fishing village with no car access and Byzantine/Ottoman castle. Beneath the clear waters you can see the remains of Simena, a city ravaged by earthquakes around two thousand years ago. Structural movements of the land over the years have caused some of the ancient houses to be totally submerged while remains of the others are scattered along the shore. In Gokkaya Bay optional water sports are available.
Dinner, relax in this pirates haven or party the night away at the Smugglers Inn.

Day 10- Pirates Cave, Demre, Myra  ( B / L )
After breakfast we have a look at the Pirates Cave and snorkeling (sea conditions permitting) before cruising to Andriace harbour for lunch.
Bus transfer to the archaeological site of Myra, and to Demre for the St.Nicholas Church, shopping and banking when requested by our group. Our blue cruise tour finishes in Demre.
After Demre but we will join our tour then transfer you to Olympos to the Tree houses in  Olympos where we arrive between 4 and 6 p.m. Overnight in a tree house. Live out every child’s dream and sleep in a tree house on the hillside of Zeus.
Note : Blue Cruise tours are available from 1st of April till 30th of October.
Day 11- Olympos to Antalya  ( B )
Breakfast at your tree house in Olympos, you will take a bus to Antalya which will take about an hour and a half. Arrive in Antalya and transfer to your hotel. Free afternoon, you may discover the hidden beauties of Antalya at leisure. Overnight in Antalya.
Day 12- Antalya  ( B )
Breakfast at your hotel then free time till afternoon. You will be transferred to bus station to take a bus to Konya which will take under six hours by comfortable, non-smoking , air-conditioned bus. Arrive in Konya, we will meet you at the bus station and transfer to your hotel near the Mevlana Museum.
Day 13- Konya ( B )

After you have your breakfast at your hotel in Konya, it will be your free time to explore the city and its historic sights at leisure. Stroll through the old city and discover Mevlana Museum, the historical market area, shop for souvenirs in the beautiful boutiques selling clothes, spices, souvenirs near Aziziye Mosque.

Konya is located right in the middle of Turkey. Once known as Iconium, Konya is historically and religiously significant on several counts: it was one of the missionary destinations of St. Paul, the capital of the Seljuk empire from 1150 to 1300 and was the home of Rumi (Mevlana), the Sufi saint who founded the Whirling Dervishes. The Mevlevi sema is the Sufi worship ceremony in which the Mevlevi dervishes whirl in their quest for mystical union with the Divine. The Mevlana Museum shelters the tomb of Jelaleddin Rumî (1207-1273), known to his followers as Mevlana (or Rumî), a Muslim poet and mystic and one of the great spiritual thinkers and teachers of all time.
You should taste the world famous ‘Etli Ekmek’ (Turkish pizza) and ‘Fırın Kebabı’ (oven-baked kebab). Konya cuisine has made great contributions to Turkish cuisine, try the local specialities.
We will transfer you to bus station to take a bus to Cappadocia which will take almost four hours. Arrive in Cappadocia and transfer to your cave hotel. Overnight in Cappadocia.
Day 14: Cappadocia – Nemrut Mountain ( B/L/D)
We will pick you up from your hotel at 08:30 am. After passing Kayseri, we will  visit the 13th century Seljuk Caravansarai “Karatayhan”. Our next stop will be  in Pinarbasi to have a cup of tea. Then we will continue driving to Tekir for  Lunch. After taking pictures of the gorgeous scenery of  the Tekir Valley we will  drive to Kahta and check-in to our hotel. Dinner and overnight in Kahta
Day 15: Nemrut – Sanliurfa-Harran ( B / L / D )
We will depart from your hotel early in the morning towards to the ruins. At the end of the road, we will get off the van and walk to the mountain top where we will watch the beautiful sunrise between the gigantic statues and heads of  the kings and Gods. After the sunrise, your guide will give you all the information about Commagene Kingdom and the statues. On the way  back to hotel we will visit the ruins of the Arsemia Roman bridge of Cendere, Tumulus Tomb of Karakus  and the capital of the Commagene Kingdom. After the breakfast, we will drive to Sanliurfa and Harran.
On our way, we will visit the Ataturk Dam which is the biggest dam in the Middle  East. Check-in to your hotel in Sanliurfa. After lunch we will visit Abraham’s Cave and the Pools of Holy Carp adjouning it. We will walk around oriental covered bazaar and drive to Harran village of “beehive” houses which mentioned in the book of Genesis and where Abraham spent the last years  of his life. After visiting the ruins of Harran including city walls, oldest Islamic  university and the castle dated to 18th century, we will drive back to your hotel. Dinner and overnight in Sanliurfa.
Day 16: Sanliurfa – Cappadocia  ( B / L )
After breakfast  we will depart from Sanliurfa for Birecik which is famed for its  bald-ibis (Kelaynak) birds. These birds only live in Birecik area in the  world and their population is very limited. We will visit the breeding farm of Bald Ibis birds. After our lunch, we will drive up to the Taurus Mountains. We will have our lunch break here and drive back to Cappadocia or we can transfer you to Gaziantep Airport then you can fly to Istanbul or back to  Cappadocia. Overnight in Cappadocia.
Day 17- North Cappadocia Tour   (B / L)
*Balloon Fligh is highly recommended.
Breakfast at your hotel then we will pick you up from your hotel and depart for a full guided day tour of Northern Cappadocia, we will visit the Goreme Open Air Museum, Devrent Valley, Avanos, Pasabag, Cavusin village, Urgup’s Fairy Chimneys. Opportunity to taste a delicious pottery kebab and homemade Cappadocia wine here. End of the tour transfer back to your hotel and stay at a cave hotel in  Cappadocia. Overnight in Cappadocia.
Day 18- South Cappadocia Tour ( B / L )
After breakfast at your hotel departure for your full guided day tour of Southern Cappadocia which begins at Pigeon Valley, where you see thousands of dovecots lining the steep cliffs. A visit to one of the extraordinary underground cities at Derinkuyu where Christians hid in fear and faith. At Selime Village you will be astonished by the beautiful  churches carved out of the volcanic tufa rock. Visit Ihlara Valley, the most  beautiful gorge in Cappadocia. At the end of the tour we will transfer you to Kayseri Airport for a flight to Istanbul. Arrive in Istanbul, we will transfer you to your hotel in Istanbul.
Day 19- Istanbul – Bosphorus & Two Continents Tour ( B / L )
After breakfast, pick up from hotel and a short visit to  17th century Spice Market  one of the most colourful  bazaars with different fragrances of various spices and herbs. Next we take an unforgettable cruise along the  Bosphorus, with wonderful surroundings, palaces, mansions and imposing fortifications. Rumeli Fortress was built by Mehmet the Conqueror to protect and control the Bosphorus. Bosphorus Bridge is a unique chance to step from one continent (Europe) to another (Asia). During our Bosphorus cruise, from the deck of our boat take in sights and sounds of this legendary waterway, that is lined with ancient villages, mansions, wonderful fishing jetties, without forgetting Beylerbeyi Palace which was used as a summer residence of  the Ottoman sultans with its original furniture and elegant gardens .Camlıca  Hill, the  highest  point  of  Istanbul. At the  top of the hill you can stop and admire the  magnificent panorama of Istanbul and the Bosphorus  from the beautiful gardens. After a stop to taste Turkish coffee, you will be transferred to your hotel  . Overnight in Istanbul.
Day 20- Istanbul    ( B )
After breakfast, our tour concludes and we say goodbye to our new friends and depending on your  international flight schedule we transfer you to airport and say  ” have a good flight ”. 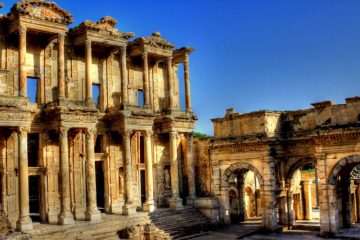 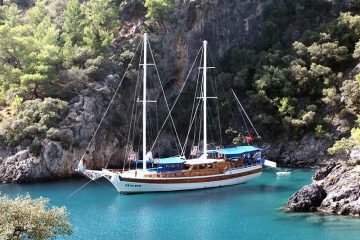 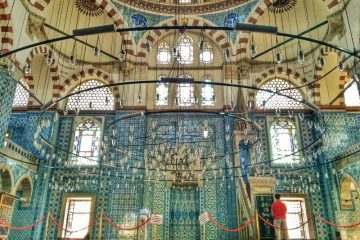 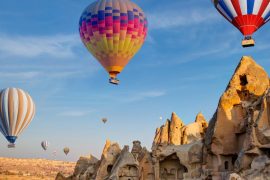 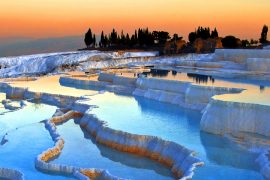 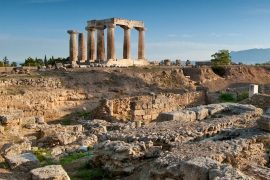 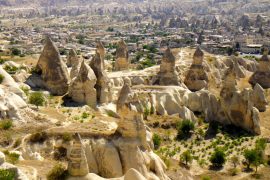 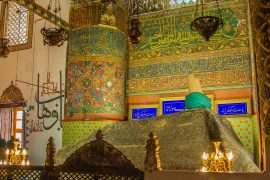 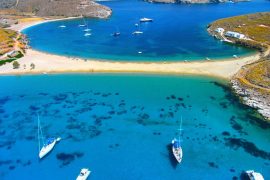